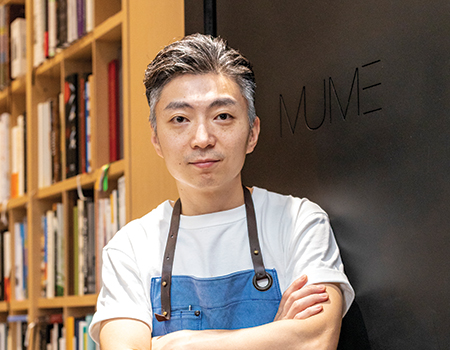 Richie was a relatively latecomer to the food industry, having began classes at Le Cordon Bleu in Australia after obtaining his master’s degree and working for another year. To make up for his lost time, he exposed himself at one of the top-notch restaurants in world, Noma. It was cooking in Copenhagen, with its unfavourable climatic and geographic conditions, that taught him to discover different possibilities in the local ingredients. In 2014, he co-founded Mume with another two chef friends. Using the abundant, untapped and underrated local resources of Taiwan, he applies modern European techniques to create the cuisine at his casual fine diner. Mume, the name of the plum blossom and national flower of Taiwan, also shares the same Chinese characters with Richie’s mother’s first name.

Exactly why are so many pupils elect to pay for creating essays to get your own money? Very well, here is what they say in regards to the worth of written essays: Writing Essays for Currency prices starting at just Â£ 9.97, that translates into huge economies for students who would like to check their producing resumes by writing best essay writing service essays. Think of it extra funds to be spent on yourself, notably as the quality/low price tag combination makes your gripping master piece from your studies more priceless.

Prices are in Thai Baht and subject to 10% service charge and 7% government tax.
Sold Out menu