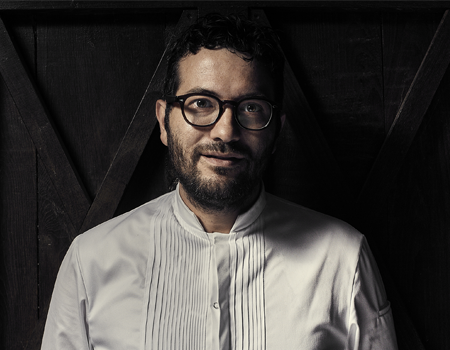 Giuseppe was born in Campania, in southwestern Italy, and after dropping out of university to pursue his passion for cooking – something he has been doing since the age of six - opened his first restaurant, Krèsios, in Castelvenere, in 2007. Soon after, he opened Krèsios Bottega, a shop specialising in local gourmet products, and in 2011, merged the two businesses in a farmhouse owned by his family, just outside of Telese. A year later, he was voted “Best Young Chef” by Le Guide de L’Espresso and in 2013, joined Jeunes Restaurateurs d’Europe (JRE), followed by winning the “San Pellegrino Cooking Cup” and soon after, was granted admission to the restaurant association, Le Soste. In the same year, Giuseppe received his first Michelin-star.

Price are subject to 10% service charge and 7% government tax.
Sold Out