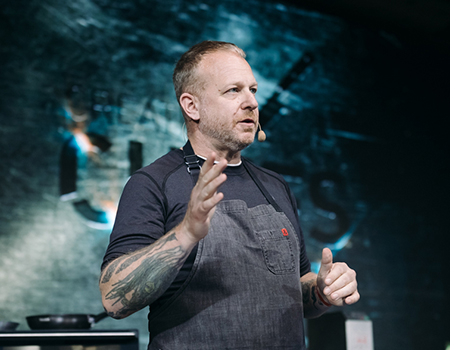 Andy is an American chef, restaurateur and cookery writer, known for his skill and expertise in northern Thai cuisine. Beginning his working life as a dishwasher in Vermont, USA, he accumulated culinary knowledge whilst backpacking, working and staging in restaurants in countries like New Zealand, Australia and Thailand, and at Raymond Blanc's Michelin-starred restaurant Le Manoir aux Quat' Saisons near Oxford, England.

His first visit to Thailand was in 1987. From 1992 onward, he continued his travels to Thailand, staying here for several months each year to study Thai food culture. In 2005, Andy opened his first restaurant in Portland, USA, and has since gone on to open several other restaurants of a similar ilk in Los Angeles and New York.

A two-time James Beard Foundation Award winner and once upon a time a holder of a Michelin star for Pok Pok NY, Andy splits his time between Chiang Mai and Portland.